Can I Have More Than One Plastic Surgery Procedure at a Time? 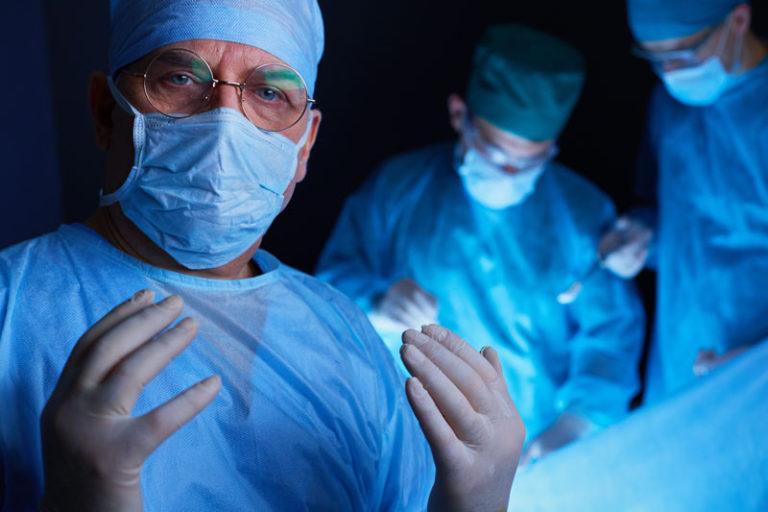 Can I have more than one plastic surgery procedure at once?

This is something doctors talk about with a lot of our patients when they have several different goals to achieve, and there may not be one operation to satisfy all of their needs. Several different questions need to be answered to get a clear picture of whether or not you can have more than one operation at a time.

Then they’ll look at some popular combinations of plastic surgery procedures and talk about whether they may or may not be a good idea for it.

Benefits of having several plastic surgery procedures at once.

The next thing that is a little bit more of a practical reason why it might be appealing to have multiple procedures at the same time.

In terms of the time, it does work out in your favor from a cost perspective to have several procedures at the same time.

The same thing goes for recovery. If you’re having multiple procedures at once, you’ve only got to recover once. That recovery may be a bit more difficult if you’re having more than one procedure at a time, but that’s a personal decision.

If you’re someone who can take the recovery in stride, maybe you have a lot of help lined up, it can be a very reasonable choice to decide to have your procedures all at once. You can just have that downtime once instead of doing it for each procedure.

This also can affect the economics of your plastic surgery procedures. If you’re combining your operations and you only have one recovery you only have to miss work once.

Whereas if you were to have these procedures separately you may have several different recoveries, have to miss out on work several times.

To sum up, the advantages of having multiple plastic surgery procedures at the same time are:

There are two sides to every coin so we have to mention the downsides of combining multiple procedures into one trip to the operating room.

It is simply more complicated to perform multiple procedures at once than to perform just one operation.

There can be more technical variables that have to be accounted for.

The one risk that surgeons have to be especially careful about in this context is that of V. T. E. or venous thromboembolism.

V. T. E. or venous thromboembolism is a condition that occurs when a blood clot forms usually in the legs or the calf area and that is called D. V. T. or deep venous thrombosis.

Then that blood clot can travel through the circulatory system to the lungs and once it gets to the lungs it’s called a pulmonary embolism or P. E. and that can be very dangerous.

This is an event that doctors take great precautions to prevent, and fortunately, with modern procedures and protocols in place, it is very unlikely, but by spending a long time in the operating room we do have data to suggest that the risk of pulmonary embolism or V. T. does go up.

It is important when combining multiple procedures to be cognizant of the amount of time in the operating room, and surgeons need to move quickly and efficiently, and also make sure they’re doing an excellent job at the same time.

The moral of the story here is that it is very reasonable to combine multiple procedures, but you need to do this with a surgeon who is truly an expert in it doing several plastic surgery procedures at a time. The reason for that is that they’re going to have experience with each of these variables and help get all these moving parts working together efficiently to ensure that your operation is performed safely.

The goal of a combined liposuction procedure on multiple body parts at the same time is to achieve meaningful changes of shape of each of those body parts so that as a whole they add up to be a dramatic often full-body transformation.

Another very popular combined procedure is the mommy makeover. The goal of the mommy makeover is to address areas that have changed the most during pregnancy, often the abdomen and the breasts, and perform various combinations of procedures to return a woman to her pre-pregnancy state.

It’s also very common to combine liposuction with fat grafting procedures, in fact, you almost have to because when you’re performing fat grafting you need to get that fat from somewhere, and the way to do this is with performing targeted liposuction.

Surgeons can do large volumes of liposuction, and at the same time harvest that fat and use it for grafting to different areas of the body, and this can commonly be done in the context of fat grafting to the buttocks, and that would be something like a Brazilian buttock lift. This combination of procedures of fat grafting to the buttocks at the same time as liposuction to several areas of the body has gotten so popular that this has gotten the name of Lipo 360 and a BBL.  The 360 there refers to the fact that liposuction is being performed on 360 degrees of the torso and that usually means the abdomen the flanks and the back.

You have to be very careful when you’re talking about Liposuction 360 to make sure that both you and your surgeon are on the same page in terms of exactly what areas are included with that liposuction.

Liposuction is also very frequently combined with fat grafting to the breast, and this is a good option for people that are looking to increase their breast size or enhance their breast shape with natural fat, but probably isn’t the best option if are looking for a very large increase in breast size as there is a limit to how much fat they can harvest during liposuction and how much of it is useful in increasing the breast size.

Another extremely common operation in terms of combining procedures is breast augmentation and mastopexy or breast lift. For a lot of people that are looking to increase the volume of their breasts, they also may be looking to improve the shape of their breasts. With time or often after pregnancy or breastfeeding the breasts can become droopy or ptotic.

To address this, a breast lift of some form is often necessary. While they can get a subtle lift by putting in an implant, you really can’t rely on a breast implant to significantly lift the breasts over these people who are looking for both an increase in breast size and an improvement in the shape of their breasts, a breast augmentation combined with a mastopexy might be a good option.

Another very popular combination procedure on the face is a combined rhinoplasty and chin augmentation. This is a fantastic operation for people who want to refine their overall facial profile.

Instead of having a rhinoplasty or nose job and just addressing that one issue in isolation they can at the same time have a procedure performed to address the shape of their chin and this will most frequently take the form of either a chin implant or fat grafting to the chin, but it could even take the form of bone surgery to the chin with something called an Osseous Genioplasty. That’s where surgeons actually created a called controlled fracture in the mandible or the lower job bone and move the chin bone around and played it back into place in an ideal position.

By combining rhinoplasty with some kind of chin reshaping procedure they can refine the face’s balance as a whole and this is a very powerful combination of operations.

While there are several other ways to combine procedures, there is a body contouring operation for people that have had massive weight loss.

For people that have had very high degrees of weight loss, they may have a lot of extra skin on various parts of their body because when the fat goes away the skin can only contract so much. Very commonly these patients have extra skin on their abdomen on their arms and their legs their necks, and surgeons can combine several skin removal operations to help these people achieve stunning transformations a little more rapidly and efficiently than if they were to do each of these operations separately, but again, you need to go to someone who specializes in the in this sort of thing to make sure that your operations are being performed efficiently safely and efficaciously.

Combined plastic surgery operations can be a great option but you need to go about this carefully and do your research and speak to your board-certified plastic surgeon and ask them if they’re comfortable combining operations because some surgeons just prefer not to do this, and if they are comfortable combining operations, is the set of things that you are hoping to achieve compatible with combining operations.  Like so many other things of plastic surgery, this comes down to taking a team approach with your surgeon and discussing your goals and having an in-depth conversation to make sure that you can be on the right track to achieve excellent results that you’re going to love.