Can I Lose Weight by Having Liposuction? 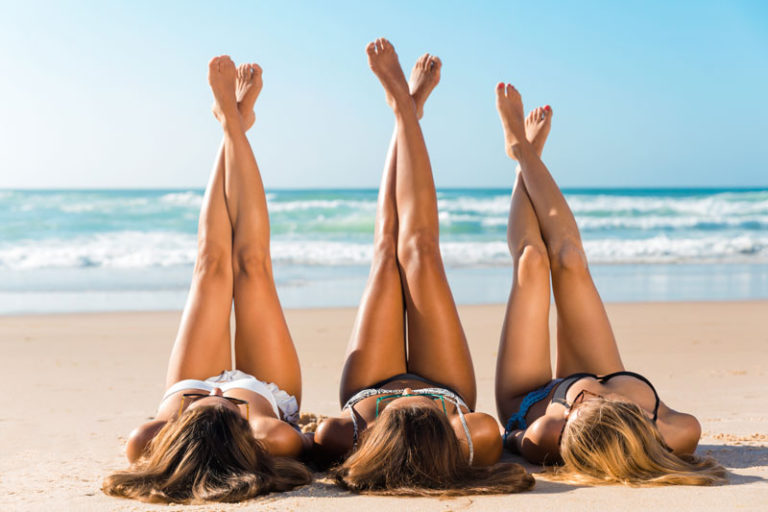 Can I Lose Weight by Having Liposuction?

Can I lose weight by having liposuction? The short answer is no. Here I will explain why that’s true and why it’s important to be close to your goal weight if you are considering liposuction to make sure that you get the best results.

The basics of this answer go back to a simpler explanation of fat biology and how your body deals with extra fat.

When you take in more calories in your diet then you’re burning through your daily activities and exercise your body has an excess of lipids that stores in fat cells.

We can think of these fat cells as expandable storage boxes. As the imbalance between diet and exercise grows, as we take in more calories than we’re burning and we have more lipids to store, the body does that by adding lipids to the fat cells and the fat cells expand.

In contrast, when we’re burning more calories than we’re consuming, the fat cells contract, lipids leave the fat cells, and are used by the body as energy.

Similarly, when you lose weight you’re not destroying fat cells, your body is simply releasing lipids from fat cells, and those fat cells are getting smaller.

How is all this related to liposuction?

When surgeons treat an area with liposuction they’re removing many of the fat cells from that area, about 75 percent. And it is known that a liter of fat weighs approximately 2 pounds so we might think that when they remove the liter of fat they’re going to help patients lose about 2 pounds of weight.

However just because they’ve removed fat cells with liposuction this doesn’t mean they’ve done anything to alter that balance between diet and exercise of patients.

That’s going to happen by adding lipids to fat cells elsewhere in the body and having those fat cells grow to compensate for the fat cells that were removed during liposuction.

And while that may seem alarming, so surgeons just simply removed the liter of fat from the abdomen and now it’s just going to be a noticeable increase in the fatty volume of a different area of the body.

Fortunately, the answer is almost always no. The body tends to do a very good job of evenly distributing this fat around the body so that if they perform liposuction of the abdomen for example instead of having the right thigh get very large, that liter of fat is going to be evenly distributed in most cases.

The other thing that prevents this from being a major aesthetic problem is that while the liter of fat may seem like a large volume, the body has a very large surface area over which to distribute that volume.

The body does a really good job of hiding the fat that surgeons remove with liposuction, and that allows the body to maintain its weight as constant.

If doctors remove the liter of fat from the abdomen that weighs about 2 pounds, the body’s going to redistribute those 2 pounds evenly throughout itself in most cases.

Some people will preferentially gain weight in certain areas and sometimes this can happen after liposuction, but this is not to be a clinically significant issue, and that’s because for one thing fat distribution does tend to be fairly even and for another, the volume of fat that they’re removing with liposuction is relatively small compared to the overall volume of fat and surface area of the body, so it’s pretty easy for it to be evenly redistributed without causing a noticeable change in the appearance of other body areas.

That’s what happens if you have liposuction and maintain your diet and exercise regimen.

If I have liposuction and I gained a lot of weight, is that going to ruin the results?

The answer here is if surgeons perform liposuction in a given area, in this case, let’s say the flanks or waist, they have permanently removed about 75 percent of the fat cells in that area, so now knowing about how fat metabolism works, the body is going to redistribute the fat that used to be stored in those fat cells elsewhere in the body.

If someone goes on a Twinkie diet and gains a large amount of weight after a liposuction procedure they’re going to have to store their excess lipids somewhere and they’re going to more or less try to distribute those lipids evenly throughout the fat cells in their body.

However now since there are a lot fewer fat cells in their waist, flanks, or love handles, they’re simply not going to be able to store as much fat there. That individual after having liposuction of the love handles or flanks if they gain a lot of weight they’re going to get a lot of weight everywhere including where they had a liposuction procedure, but it’s going to be a lot less noticeable in the area that they had treated with liposuction because there are simply fewer fat cells there to expand to store the excess lipids.

You must be fairly close to your goal weight when you’re having a liposuction procedure, and the reason for that is surgeons want to perform liposuction when your body and the shape of your body, the contour of your body is in more or less steady state. They don’t want to be designing a liposuction procedure at a moving target. If surgeons are looking at your proportions in deciding how much fat remove to provide a great outcome if they perform that procedure and then you lose or gain a significant amount of weight it is going to change your body’s proportions and therefore the aesthetic outcome of the procedure that they’ve performed.

In the case of weight loss after liposuction:

Will I have loose skin after liposuction? Part of the way surgeons make sure your skin isn’t loose after liposuction is they assess your skin quality to make sure you don’t have too much skin laxity and they judge how much fat they can remove without causing your skin to become loose or become lax. If they perform that amount of liposuction they remove the volume of the fat that they judge to be okay without causing excess skin and then a significant amount of weight is lost after a liposuction procedure, you could see why that might cause an excess of skin laxity.

It is good to be as close to our goal as possible for a liposuction procedure. However, in some cases, liposuction can be very useful and inspiring to people that are looking to lose weight. Some people need a little bit of a jump start and take a see at a certain area of their body significantly change shape with liposuction they might be inspired to go to the gym and go on a good diet plan and lose weight.

Liposuction is not a weight-loss procedure, it’s a shape change procedure. If you’re a little bit about your goal weight and you think that seeing a significant change in a certain area, what kind of spur you want to get into a good fitness plan, then liposuction might be a good option for you even if you’re not exactly in your goal weight yet. Liposuction is something you really shouldn’t be doing until you’re at within 5 to 10 pounds of your goal weight. If you’re 5 to 10 pounds out you feel like you could use a little motivation, liposuction can be inspiring and spur you on the right path.

This is a careful balance and it’s a decision to be made in consultation with a board-certified plastic surgeon that specializes in body contouring so you could have a good sense of what results you can expect and how the additional weight loss you’re planning will affect the results of your procedure.

If liposuction is not a weight change procedure, then who is a good candidate for liposuction?

The best candidate for liposuction are at or very near their goal weight, and they’re looking to achieve an improvement in the contour of specific areas of their body.