How much does liposuction cost? 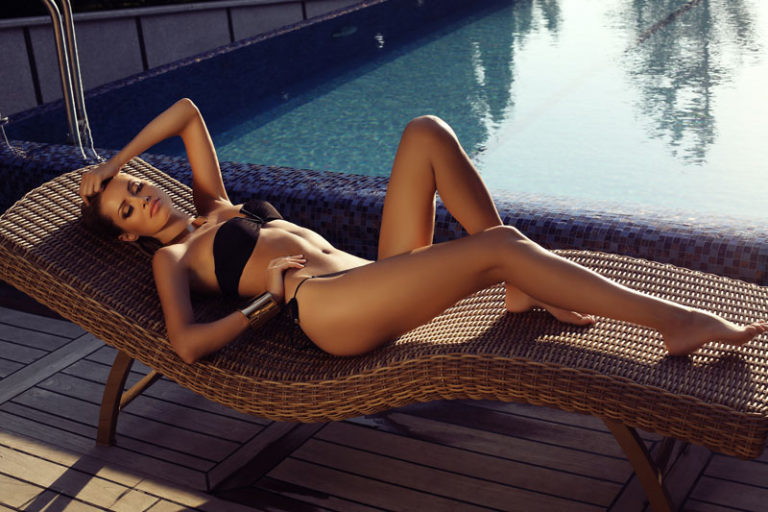 How much does liposuction cost?

Let’s break this question down into a few different segments.

When you’re considering how much liposuction costs, it depends on the way that the procedure is performed, it depends on factors related to the individual patient and their anatomy, and the things that need to be done specifically for an individual case, and a set of factors that depend on the surgeon.

The first set of things to consider regarding how much liposuction costs has to do with the way that the procedure is performed.

The two big things to consider here are:

The type of technology.

In regular liposuction, the surgeon is taking a long thin instrument called a cannula which almost looks like a long metal straw and passes it back and forth rapidly through those very small access incisions to extract with suction the fat cells out of the treatment area to sculpt a nice result.

What power-assisted liposuction does is provide an automatic device that causes that cannula to vibrate back and forth very quickly to accelerate the process by which fat is removed in the course of liposuction.

That has several advantages, but perhaps one of the primary ones is that it allows the surgeon to achieve excellent results with a lot less physical effort, which lets the surgeon concentrate on achieving a very refined aesthetic outcome.

Whereas the vast majority of plastic surgeons that are performing liposuction are using power-assisted liposuction, these other technologies smart lipo, Vaser Lipo, and radiofrequency assisted lipo are used a lot more selectively and in specific cases to deal with specific indications.

For example, smart lipo is essentially liposuction but paired with laser energy, and the goal of that procedure is to achieve some degree of skin tightening with the heat from the laser, which in theory sounds appealing.

The other two technologies, Vaser liposuction and radiofrequency assisted liposuction play a much more potentially effective role when used for the right patients.

The way that this works is before the cannula is used to extract the fat cells, ultrasound energy is used to make a wand vibrate very rapidly in the treatment area using a process called cavitation.

This shakes the fat cells off of the connective tissue and at the same time it generates a significant amount of heat.

Together this has a couple of different effects.

First, the heat does cause some skin contraction and there’s very good data to document this, and at the same time by using cavitation to shake the fat cells off the connective tissue, it makes it a lot easier to perform effective liposuction in difficult to treat areas.

The specific areas to use Vaser liposuction are in secondary liposuction, cases meaning in people that have had liposuction previously and they now have scar tissue in addition to leftover fat and connective tissue, and the ultrasound used with the Vaser liposuction can make it a lot easier to remove a significant amount of fat from those scarred areas.

The other place to use Vaser liposuction is for Gynecomastia or male breast reduction. The reason for this is the connective tissue in the male breast or the chest area, can be extremely tough and with the Vaser, system surgeons can free up a lot more fat and do some much more effective contouring of the male chest in the context of Gynecomastia.

The third technology, radiofrequency assisted liposuction has had the most impressive results in terms of skin tightening. This is a device called the Bodytite. It essentially has two prongs. One prong goes under the skin using one of those liposuction access incisions, the other goes over the skin, and radiofrequency energy is shot back and forth between those two prongs heating the skin and causing shrinkage.

These technologies will invariably lead to an increase in the cost of your procedure for some different reasons.

They make the procedure take longer. The more time you’re spending on something the more it’s going to cost and also doctors have to open specialized equipment for each case, and that has an associated cost.

Only use these technologies if there is a clear indication to do so, otherwise, you’re exposing yourself to unnecessary cost.

The other variable in terms of the way procedures are performed that have a significant impact on the cost of that procedure, is the type of anesthesia that’s used.

There are essentially 3 kinds of anesthesia that might be used to perform a liposuction procedure.

The first one is local anesthesia, which means surgeons use that tumescent fluid which makes the area numb. You might get some medication by mouth to make you less nervous. There’s minor discomfort when this is performed by an expert. This is used for limited areas of liposuction, small abdominal cases, the flanks, or maybe just the inner or outer thighs, or the arms.

When surgeons start combining multiple areas and doing larger areas of liposuction, they need to either be using twilight anesthesia or general anesthesia.

Twilight anesthesia is when you’re given medications to make you drowsy and dissociate you from what’s going on. In addition to the numbing medicine, you are loopy and just don’t care what’s happening. That’s a very reasonable way to perform larger liposuction cases.

For very big cases, some people will prefer to be completely asleep for their procedure. That’s general anesthesia.

As soon as you start getting into twilight anesthesia or general anesthesia you do need an anesthesiologist present to administer these forms of anesthesia.

If you are having twilight anesthesia or general anesthesia you should have an anesthesiologist present, and this can take the form of a board-certified anesthesiologist, that is, a physician or a C. R. N. A. that’s a certified registered nurse anesthetist.

Patient factors concerning determining the cost of a liposuction procedure.

This comes down to three things:

When speaking about the number of areas to be treated, you’ll find that most surgeons price liposuction by what they’re doing. The abdomen is considered one area, the flanks or love handles are considered an area, and the arms are an area and so on. The more of these areas that you’re doing the more the procedure is going to cost.

However, what a lot of doctors do is they’ll charge a set fee for the first area of liposuction and as you add additional areas the cost of each additional area goes down. The scale is determined in large part by the volume of those areas.

The third factor takes into account how difficult the case is for the surgeon, with elements to consider such as:

Sometimes cool sculpting can cause fat growth instead of fat removal, and that is something called paradoxical hyperplasia, and that can be very stubborn difficult fat to remove.

All of these things come into play as patient-specific factors in determining the cost of a liposuction procedure.

The next thing to look at in terms of determining how much a liposuction procedure is going to cost are surgeon specific factors, and these are things like surgeon’s experience, the surgeon’s level of training, and the surgeon’s qualifications.

Surgeon’s experience: If it is someone that’s been in practice for a long time, that’s done a very large number of procedures, are they well prepared to provide you with an excellent result.

Also, what is this person’s training, where did they train, did they do a residency, did they do a dedicated aesthetic surgery fellowship. Those things are going to go into the pricing as well.

The more experienced a surgeon is, the better their training, and the more advanced their qualifications, the more the cost is going to be.

The last thing that affects all of these things and determines where they fall on the greater scale of cost across the board, is geography. If you’re having a procedure done in a major metropolitan area where the cost of everything tends to be higher, the cost of your plastic surgery procedure will generally be higher in these areas as well.

Those are the factors that are going to largely determine the cost of your liposuction procedure.

To keep things simple, in terms of the anesthesia fee and the facility fee, it’s going to be safe to assume that that’s going to cost anywhere from about $500 to a few thousand if you’re having that performed in a private surgical center.

In terms of the surgeon’s fee: In some metropolitan areas, where things do tend to be pricier, for the first area of liposuction with reputable people you’re generally going to be paying somewhere between 3 and $6000 for that first area and then each additional area generally goes down by about $1000 until it levels off somewhere at 2 to $3000 per additional area.

It is extremely possible to find rates that are much lower than this but you’re often going to be sacrificing in terms of quality and safety and if you have a very inexpensive procedure that may cost less upfront, you’re often going to accrue significant costs in having things fixed afterward.