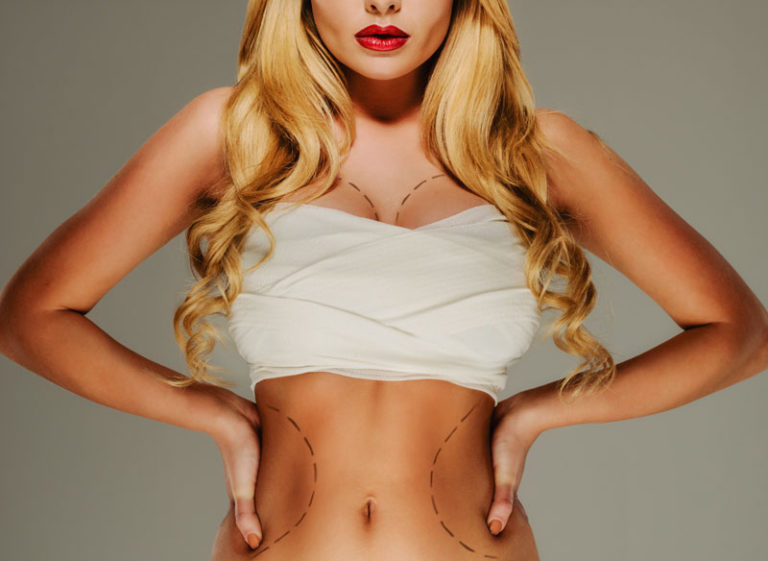 The answer to this is it depends, and it’s a very good question.

Plastic surgery procedures can be a significant investment of time and money. It’s only natural to want to know how long your investment is going to last.

Let’s go through several kinds of plastic surgery procedures and discuss how long they’re likely to last and which of them are permanent.

First, let’s talk about anti-aging procedures like facelifts, and neck lifts, and blepharoplasty or eyelift.

The first thing to do here is to consider exactly what these procedures are doing. Over time most facial aging is essentially due to the loss of volume and the descent of tissues, and these are caused by gravity and its effects on the tissue over time, and also changes in the soft tissue over time such as the loss of elasticity, it becomes less springy, it’s less likely to retain its shape over time.

What surgeons do with most facial rejuvenation procedures like facelifts and brow lift and eye lift is they are volumizing areas that have lost volume and resuspending the soft tissues in cases in which they have descended.

After these procedures are performed unfortunately they cannot yet stop time as plastic surgeons, although they are working on it. Time does continue, and even though they have achieved significant success in restoring the structure and volume of the face, it still will be subject to gravity and the passage of time after the procedure.

The best way to think about the longevity of facial rejuvenation procedures that they essentially set back the clock.

It more or less holds that the more invasive a procedure is the further it will set the clock back. For example, a good facelift and there’s of course variability here will often set the aging clock back by a good 7 to 12 years.

In contrast, some of these noninvasive approaches like FaceTite for rejuvenation of the knack, for example, they’ll often give us a nice 3 or 4 years back of aging.

While the results of both of these procedures can be quite impressive, you will continue to age after you have them, but you will have reset things by many years depending on the nature of the procedure that you had.

There are 2 main kinds of injectables. Those are:

Botox is a neurotoxin neuromodulator that works by selectively in a very controlled way weakening muscles of facial expression in the area of interest so that those muscles essentially slow down and can’t effectively contract and wrinkle overlying skin.

Botox treatments tend to last on average from 3 to 6 months. Botox is geared towards these dynamic facial lines, those lines that come as your face is moving.

Fillers are targeted at static facial lines, those lines that are present when your face is at rest.

The longevity of fillers is quite variable based on the composition of the filler and also the location of the filler. Hyaluronic acid fillers which are the majority of fillers used today can last anywhere from 3 months to 2 years depending on exactly what that filler is and how it’s formulated, and this is something you can discuss in depth with your injector at the time of your treatment.

Since they are performing osteotomy or bone cuts, and suturing structures together and placing cartilage grafts, rhinoplasty does tend to have very long-lasting if not permanent results.

When surgeons perform a liposuction procedure, they are permanently removing fat cells. Recent studies on fat biology show that while the body after you reach adulthood is constantly making and destroying fat cells, the number of fat cells you have remains relatively constant.

When you get in a lot of weight after liposuction you’ll gain weight more or less evenly distributed throughout your body, or consistently with however you usually distribute your weight, and you’ll also gain weight in the area that was treated with liposuction but to a much lesser degree because there are fewer fat cells left there to expand with the weight gain.

As far as liposuction goes, if you maintain your diet and exercise after liposuction, the results should last a very long time.

Breast augmentation is a very powerful and very popular procedure that surgeons can perform usually in about an hour with instant results in about a two-day recovery time.

While breast augmentation is very long-lasting, two things are preventing it in most cases from being permanent.

The first is our old friend gravity. When they perform a breast augmentation and they are using either silicone or saline implants, in most cases that adds weight to the breasts so they will descend over time, and this can lead to an appearance that will lead to a patient either wanting to exchange their implants or have a breast lift or mastopexy over time.

On the other hand, if smaller implants are used in patients with stronger connective tissue, gravity may not play such a role and the position of the implants can remain relatively constant over time.

The other thing working against breast implants being permanent is the fact that since they are foreign bodies, they are subject to problems over time such as breaking or rupture or capsular contracture, which is when the capsule around a breast implant shrinks and that can become painful or can change the position of the implant.

While breast implants last a very long time in general, in some cases they can last for someone’s entire life. Surgeons say that about 10 years is a reasonable expectation in terms of longevity of breast implants.

What about a Mastopexy?  Is a breast lift permanent?

A breast lift, just like a lot of these other procedures is also susceptible to gravity. If someone has droopy breasts or ptotic breasts and they perform a breast lift or mastopexy to rearrange the tissues of the breast in such a way as to improve the appearance of the breast and to move the substance of the breast upon the chest wall, that improved breast structure will be subject to gravity and will gradually descend over time.

While not permanent, the results of a breast lift when well executed will last a very long time, and this will also vary according to the individual’s soft tissue quality.

For individuals that have more skin laxity and lack elasticity, and this is sometimes someone that’s lost a lot of weight or a patient that has come in for a breast lift after childbearing or breastfeeding,  surgeons will sometimes use a product like GalaFLEX, which is a dissolvable scaffolding which essentially functions as an internal bra to help hold the position of the breast against gravity for an extended period.

It depends, and that’s why it’s very important to have an in-depth conversation with your board-certified plastic surgeon to make sure that the procedure that you’re planning is going to meet your needs.