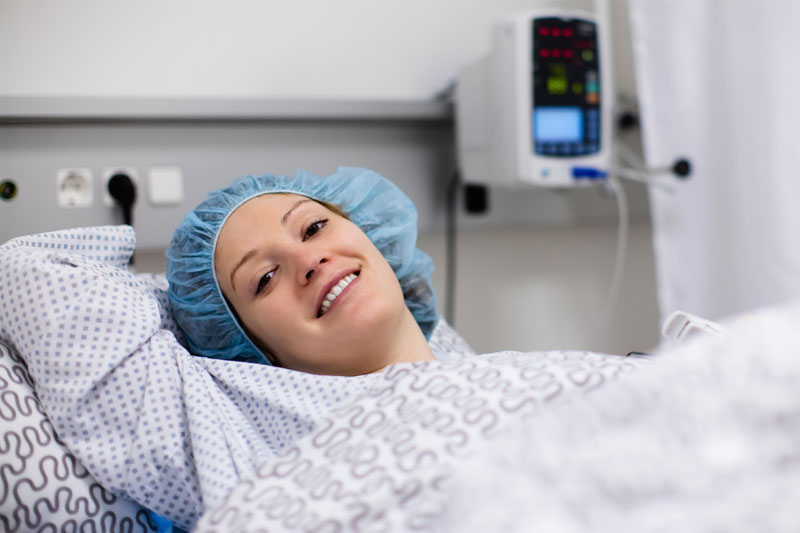 This will depend a little bit on who’s doing your procedure. Most liposuction procedures themselves take between an hour and 2:00 hours or an hour and a half on average, and the first step of recovery begins in the recovery room.

In general, if someone has their liposuction procedure under local anesthesia meaning they just get some numbing medicine but they’re otherwise awake and breathing on their own, they would probably be in the recovery room for about an hour or so until they’re comfortable enough to get up and head on out under their power.

On the other hand, if someone is having Twilight anesthesia or general anesthesia they will probably be in the recovery room for between 1 and a half and 2.5 hours on average.

Once you’ve made it out of the recovery room it’s more or less the same regardless of what kind of anesthesia you’ve had for your liposuction procedure, and you’ll get home, you’ll feel a little sore but most people don’t describe this as severe pain, it’s usually compared to the discomfort people have after a hard workout. You will get home, you’ll have the soreness and for 48 hours you’ll want to wear a compression garment which can be a little bit restrictive but at the same time, some people say it gives them a sense of security and relieves a bit of their discomfort.

After the 48 hours you’ll sit down on your bed, you’ll take off your compression garment, and you’ll feel the sense of relief, this pressure, this weight has been lifted and by now most of any leakage and drainage of the numbing solution that needs to occur will have happened.

The first thing you’re probably going to want to do is to take a shower because you won’t have been able to do this while you’re wearing a compression garment for those first 48 hours. You’ll go, you’ll take your shower, you’ll let that warm soapy water run over all your surgical sites over your little 3 to 4 millimeter long incisions, and then you’ll come out of the shower, pat yourself dry, and you’ll feel fairly refreshed and renewed. You’ll still have some soreness but you’re over the hump at this point, that’s how the beginning of liposuction recovery goes.

How painful is liposuction recovery?

Most people don’t think liposuction recovery is so much painful as it is sore. People say this feels like a tough workout at the gym, there some cramping there some soreness, but it does not tend to be any kind of severe pain. In general, the pain in plastic surgery is caused when doctors are doing muscle work, and there’s no muscle work and liposuction is all very minimally invasive, superficial surgery outside of any muscle layers of the body.

How long is liposuction recovery?

That’s another really frequent question. This is the kind of procedure that in general can be performed on a Friday and you’ll be back to work on Monday. A lot of busy professionals love liposuction because they can see a major change without a significant amount of downtime.

What’s nice about liposuction and the recovery curve is that you will have a fair bit of swelling for the first few weeks, such that you’ll look pretty much like you did before surgery for the first 2 weeks, and after 2 or 3 weeks that swelling starts to go down, and you start to see a nice change, but it does take 3 to 6 months to see the absolute final results.

This might be a little discouraging in that you’re not going to see the full result right away. It is nice in the sense that it helps to keep your procedure kind of on the down-low in the sense that other people are going to see this gradual change is going to look like a very natural transformation that’s occurring, you’re not going to come into work one day looking like a different person. It’s a very gradual natural progression. You’ll have some bruising. This generally is gone within 10 to 14 days, and for the most part except face and neck liposuction, this is going to be covered by whatever clothing you’re wearing.

This is why some people, if they’re having very extensive liposuction, will prefer to do it in the cooler months, when they’re wearing less revealing clothing, so they can go about their business and hide whatever bruising they have in the first couple of weeks of recovery.

How can you speed up liposuction recovery?

Liposuction recovery is more or less going to run its course no matter what you do. In terms of minimizing swelling and discomfort, if you can maintain a relatively low salt diet and minimize alcohol intake, and stay fairly active, that’s going to help the swelling go away as rapidly as possible which will also decrease your discomfort and get you back to normal as quickly as you possibly can get there.

How is liposuction recovery versus cool sculpting recovery?

Coolsculpting has become fairly popular because it’s a non-invasive body contouring modality. Some people see that as an alternative to liposuction.

The recovery between the two may compare a little bit differently than what you’re expecting. While liposuction is surgery, it is minimally invasive, the recovery does tend to be fairly rapid. With cool sculpting on the other hand, although it is noninvasive, the extremely cold temperatures can irritate nerves and nerve endings causing discomfort in the form of paresthesias, this can be burning sensations, it can be an uncanny numbness.

This can make it uncomfortable to go about your activities of daily living, and this is particularly an issue for men who are getting cool sculpting for their submental or chin regions. They can be numb, it can be unsafe to shave in this kind of scenario.

Sometimes the paresthesias from cool sculpting will also make it uncomfortable to wear clothing, just the sensation of clothing brushing against the skin with paresthesia can be fairly uncomfortable.

Recovery from cool sculpting can often feel like recovering from having your foot fall asleep, but the sensation can cover a much larger body area and last a longer period.

Overall in comparison to cool sculpting, and just standing on its own, the recovery from liposuction is fairly easy to get through, which is why this is a procedure that remains extremely popular in the sense that you can achieve really dramatic results with a fairly easy recovery. 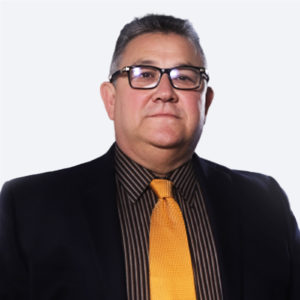 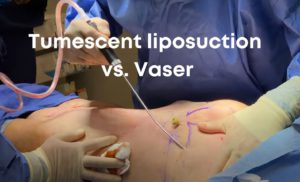 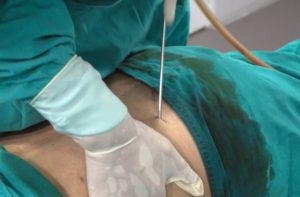 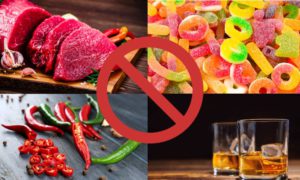 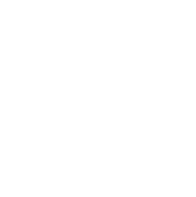 Made By A&D Creative Marketing

We offer a weekly newsletter with the latest updates from our blog. We will also send you some exclusive offers and discounts.

This is a great way to get your hands on some of the best deals and to stay up-to-date with all the latest happenings in the world of plastic surgery.

GET A FREE CONSULTATION TODAY