What parts of my body can I liposuction? Can we do all of it? 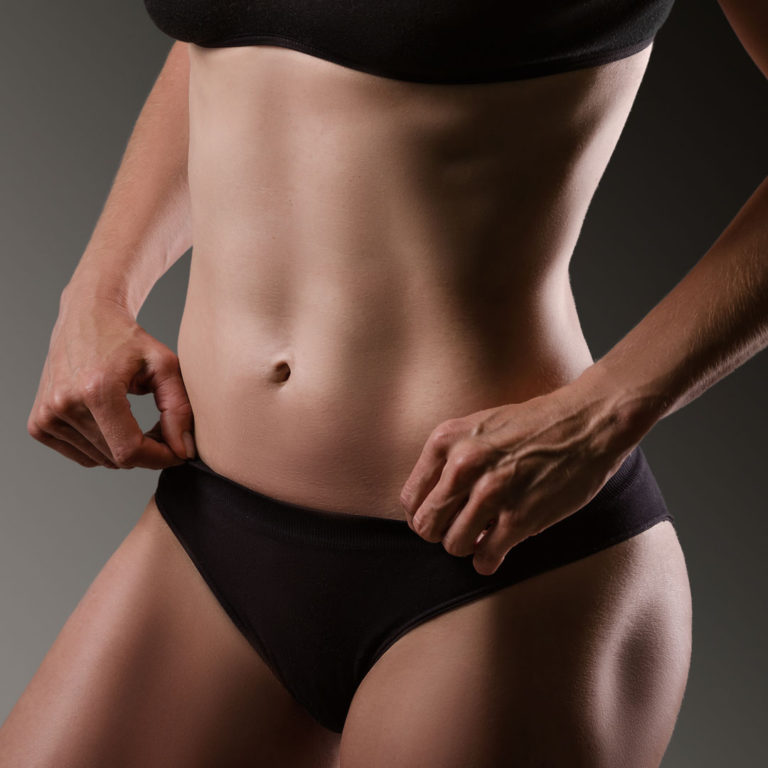 What parts of my body can I liposuction?  Today we want to give a rundown of the most popular areas that we can treat with liposuction and some of the considerations for each of those areas and then will wrap up with some special tricks for achieving stellar results.

Let’s get started to move through these areas from head to toe and, we’ll begin with what’s commonly called liposuction for the chin.

When we talk about liposuction for the chin what we’re discussing is contouring the area underneath and behind the chin which is called the submental region. We often refer to this as submental liposuction, and the goals here are to eliminate any double chin that is present, and also to achieve a very strong clear jawline.

When you do these things together, getting rid of a double chin and achieving a really strong jawline, the net effect is that you’re improving the facial profile as a whole and defining and framing the lower facial third nicely.

Liposuction for the chest in men is performed as part of what we call Gynecomastia surgery or surgery to reduce the prominence of the male chest for people that have the appearance of male breast development.

Liposuction for this purpose can be an extremely powerful option. It’s important to remember though, that all men do have breast tissue in addition to the fat that is comprising their chest volume.

When surgeons are performing Gynecomastia reduction procedures, a lot of this is about determining how much of the chest volume is comprised, the fat versus breast tissue, because the fat is going to be very responsive to liposuction, whereas the breast tissue will be less responsive.

Liposuction does play a very important role in contouring the male chest. We also have armpits. The armpits have become an increasingly important focus in its aesthetics especially with regards to the fat that can develop under the arm, and often can spill over the side of a bra or peek out of the tank top, and cause an appearance that people just don’t love.

This underarm fat or armpit fat is something that can be treated extremely effectively with liposuction.

Liposuction for the arms. Arm liposuction essentially has 3 primary goals. The first is to decrease the circumference of the arms just to make them look less bulky.

The next thing is to expose the muscles of the arm to improve the contour and definition, and when these things are done together you can gain a nice athletic appearance of the arms and this lends to an overall helpful appearance for your body.

The goal here is to decrease the overall bulk of the abdomen and to reveal the underlying musculature, those rectus abdominal muscles. You can start to see a 6 pack in a lot of people.

The goal for like a second the abdomen is to achieve that well-contoured look that is associated with health and vitality and it just calls attention to the fact that you’ve got a toned core.

When we’re dealing with liposuction of the abdomen it’s important to realize that there are 2 kinds of fat in the abdominal area the first one is what we call superficial fat or subcutaneous fat and the other is what we call deep fat or visceral fat.

The superficial fat is the fat that can be treated very effectively with liposuction. Surgeons can’t get to that deep fat with liposuction or any surgical method because it’s just not safe given the closeness the proximity of those organs, and this is where the importance of going to a true body contouring expert is highlighted because that person will examine you and help you determine how much of this superficial fat versus deep fat you have, to understand if liposuction of the abdomen is a good option for you.

A quick way to look at this at home is to pinch your belly, and as a rule of thumb the fat that you’re pinching is superficial fat, a fat that’s above the abdominal wall and this can be treated with liposuction.

In women, the goal of waist liposuction or liposuction of the flanks is to help to achieve a nice hourglass appearance. In both of these cases, the idea is to help make the waist proportionate to the abdomen and the rest of the body.

They can treat these areas individually for people that just have a little extra fat on the sides or what people affectionately call love handles, this can be treated with liposuction in isolation as well.

It’s often smart to approach the abdomen and the waist as a unit and to treat them with liposuction together.

The back is also a pretty popular place to treat with liposuction. The back as a whole can be divided essentially into the upper back and lower back or in the case of women, surgeons often talk about upper bra fat and lower bra fat. This is divided by the bra strapline.  By treating either the upper bra fat area or lower bra fat area or both for liposuction, we can often decrease the prominence of the bulges of fat or soft tissue that roll up around the bra strap and continue to those lumps and bumps under clothing that nobody likes.

If back rolls or rolls of fat on your back are an issue for you this may be a very good option.

We have discussed liposuction of the abdomen the waist and the back, and gone all the way around the core. This introduces a term that’s becoming increasingly popular especially in social media, about a specific kind of liposuction called lipo 360 or 360-degree liposuction.

This term is a little bit dangerous because it is just too vague when someone comes in and they’re offered lipo 360, it doesn’t directly speak to the specific areas that are going to be treated with liposuction.

It is wise to advise people to avoid this term on the whole, and instead focus on the specific areas that are going to be treated with liposuction, namely the chest, the waist, the back, the armpit, the upper back, the lower back, using the term lipo 360 just doesn’t lead to clear conversation. Direct clear conversation between the surgeon and the patient is critical informing that partnership that will lead to the best results.

Now we will discuss the banana rolls. Those are the little areas of fullness beneath each buttock. You’ve got your buttock, then you have your crease below your buttock, and then there’s often some fatty accumulation at the top of the back of the thigh. Surgeons affectionately call this the banana rolls, because when you’re looking at it from behind it often takes the shape of a banana, and this is something that can also be very nicely treated with liposuction.

Liposuction of the banana rolls really can make the buttocks poppy, can accentuate their form.

It can also contribute to efforts to decrease the bulk of the upper leg as a whole. This is an area that requires very special technical skill because while you do want to aggressively reduce the fatty bulk here, what you want to avoid doing is damaging it the connective tissue attachments between the buttock and the banana roll, and those are the attachments that go from the skin to the deeper tissue and essentially form that crease under the buttocks.

If this connective tissue is damaged you can lose the definition of that crease on your buttocks and that can look very unnatural.

Let’s talk about the rest of the thighs. The thighs can essentially be thought of as having 4 balls. We can talk about the posterior thigh which we’ve just dressed by talking about the banana roll, there is the inner thigh, the outer thigh, and the anterior or front of the thigh. Each of these areas can be treated with liposuction when appropriate. The front of the thigh, the anterior thigh is probably the least commonly treated of all of these but there are some folks that when you look at it from the side they do have some fat that gives the front of their thigh a more convex contour, it looks like it comes out from the rest of the leg.

These are folks that are very good candidates for anterior thigh liposuction. In terms of the remaining 2 walls of the thigh, the inner thigh outer thigh, the inner thigh is an extremely popular area to treat with liposuction, and that specific goal here in addition to looking to decrease the overall bulk of the thigh is to help get that thigh gap.  By eliminating the fat in the medial thigh or the inner thigh we can decrease the volume and reduce the chances that the 2 inner thighs are going to touch each other when you’re walking, which in addition to being aesthetically pleasing can eliminate chub rub or that kind of uncomfortable heat rash that you can get from chafing when your thighs are brushing together when you’re walking or running.

The last side of the thighs that we haven’t talked about yet are the upper thighs. The goal here is to get in to contribute to debulking the leg as a whole.

People sometimes will get fatty deposits on their outer thighs that we sometimes refer to as saddlebags because the shape they can resemble the bags that people attach the saddles to carry gear on their travels.

This outer thigh area is extremely amenable to treatment with liposuction. When surgeons look at the thigh they have to take it in as a 360-degree structure and consider all 4 of its walls and design an appropriate plan to achieve the overall shape that they are looking for.

We can move down the leg and talk about liposuction of the calves, which in the right candidate can be a very good operation to uncover the underlying muscle, improve that definition and just give an overall more athletic appearance.

Some tricks for achieving truly superb outcomes. These tricks are more techniques based on looking at what the anatomical issues are and properly addressing them. The 2 things that are going to anatomically contribute most to the success of a liposuction procedure are looking at the amount of skin laxity or tightness that is present in the skin overlying the planned treatment area for liposuction, and also the muscle tone in the area underneath the area that we’re treating like liposuction.

If there is a loose skin over the area that we’re treating with liposuction, if it’s mild to moderate skin laxity, we can tighten it very effectively with radiofrequency energy specifically with the BodyTite device. And this will almost shrink wrap your skin to the new contour and highlight your results.

For people that have severe skin laxity, this isn’t a great approach, and then we’re talking about more invasive operations that will remove the skin, for example, would be a tummy tuck or abdominoplasty, for the arms it would be something like an arm lift or Brachioplasty,  but for people that are coming in for liposuction and have just a little bit of skin laxity the radiofrequency energy with BodyTite is fantastic to highlight the results.

Another way to make these results truly outstanding is to make sure that the muscle that surgeons are uncovering is developed as much as possible so you have a nice foundation an underlying architecture to show off your liposuction results.

The best that we’ve seen for this is Emsculpting. It uses highly focused electromagnetic energy to build muscle mass by stimulating your muscles to do the equivalent of 20000 contractions in about 30 minutes non-invasively.

This is often something that will be initiated about 2 weeks after liposuction and in addition to starting to build muscle, it’ll also help with the swelling out from the liposuction and speed up your recovery as well.